If you knew a guy on a ”˜most beautiful people™ list and a girl named her city’s ”˜most eligible bachelorette™ wouldn™t you be tempted to fix them up? That is exactly why Mary Rose Flanagan and Jonathan Kassouf met; Jonathan’s twin brother thought the two ”˜mosts™ should meet. It seemed like a natural pairing and as it turns out, it most certainly was. The couple married in a most fitting way, surrounded by family and friends last August in Park City, Utah. (Read full story below images) 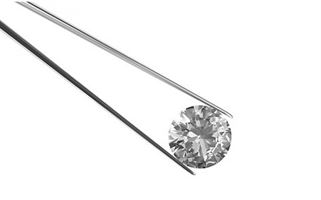 Mary Rose Flanagan was loving life in Oxford, Mississippi where she settled after graduation from Ole Miss. Named the city’s most eligible bachelorette; she spent her days working in a boutique she loved and evenings with friends at some of the region’s finest culinary establishments. Jonathan’s brother Jason worked for Mary Rose’s father and they discussed getting the two together. Mary Rose really wasn™t looking to be set up on a date when they suggested a meeting. Their first meeting in September of 2009 was fairly uneventful but fate decided to help the situation along a few weeks later. Mary Rose was sitting on a balcony overlooking the square in Oxford on a University of Alabama-Ole Miss football weekend when she spied Jonathan, an Alabama fan in town for the game, walking down the sidewalk toward her. The couple chatted briefly and Mary Rose, being a hospitable ambassador for her city, extended an invitation for Jonathan to join in on her dinner plans that evening. Mary Rose didn™t see or hear from him but when the bill came, she was told an Alabama fan had already paid her bill. In November, Jonathan drove over to Oxford and took her to City Grocery for their first date. After that, the couple dated for two years, making the trek from Oxford to Birmingham almost weekly. They talked about getting married one day but did not have definite plans or a timeline for it until fate stepped in again to help the matter along.

In June of 2011, Jonathan got an engagement ring and was planning his proposal to Mary Rose but by November, he had not quite decided when or where to pop the question. Jonathan’s mother was planning a family portrait for later that month and wanted her in the photo but Mary Rose didn™t feel it was proper to be in the photograph unless she was officially in the family. Twenty minutes before the scheduled photo session, Jonathan took out the ring he™d been saving for just the right moment and made it all official by asking Mary Rose to be his wife.

Mary Rose’s parents have a beautiful home in Park City, Utah and the couple decided it would be the perfect destination for a wedding weekend with close family and friends in attendance. In January 2012, the couple and both sets of parents flew out for a weekend of planning. Within a matter of a few days most of the plans were set. The wedding weekend kicked off eight months later. Wednesday was a spa day for Mary Rose and girlfriends. Thursday’s events included a poolside cocktail party at the Hotel Park City. Friday’s festivities included a lovely bridesmaid luncheon at the Flanagan’s home and a lunch for the men at Royal CafÃ© in Deer Valley. The River Horse CafÃ© on Main Street was the setting for the rehearsal dinner. Finally, Mary Rose and Jonathan’s wedding day arrived. They met at her parents™ home and started photographs as the wedding party gathered at Park City’s historic white barn for photographs before heading to St. Mary’s for the ceremony. The stunning image of the couple standing in front of the American flag was taken there.

St. Mary’s Old Town Chapel which is the oldest chapel in Park City. Built in 1881, it is on Utah’s Register of Historical and Cultural Sites as the longest continuously operating Catholic Church in Utah. Located on the town square, it has long been the center of activities in Park City. After their vows, the couple and their guests sat down to an elegant wedding dinner under a tent on the lawn of the Rose Garden at the Hotel Park City. The band played into the evening as they toasted, laughed, and danced the night away.

After a dream honeymoon trip to Rivera Maya, Mexico, the couple is at home in Birmingham and enjoying many of their wedding gifts from Bromberg’s including Mary Rose’s favorite: Aves ruffled dessert plates in gold by Royal Crown Derby.

Congratulations Mary Rose and Jonathan! Your family and friends at Bromberg’s wish you a lifetime of love and happiness together.