CEREMONY: St. Mary’s on the Highlands

When you hear the question, “hey, are you single?” you know what’s coming. Someone you know thinks you™d be perfect for someone else they know. After the date, you usually wonder if the person setting you up even knows you at all. We™ve all been there. But that is not what happened when Julia Jones was set up with Thomas Worthy. It wasn™t awkward. It wasn™t forced. In fact, it was easy and comfortable. When you talk until the restaurant closes and then head to another place so you can keep the conversation going, you obviously have a connection. It wasn™t long before they knew it was special. On July 14, 2012, what started as a blind date turned into a marriage! 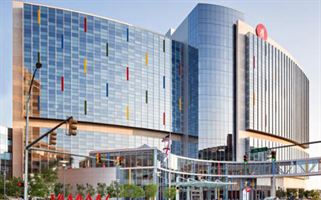 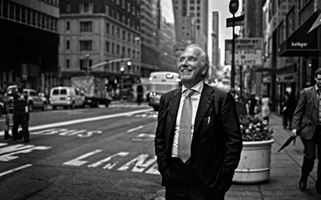 As Julia and Thomas sat in the window seat at Birmingham Chef Frank Stitt’s Bottega restaurant for their first date, time just flew by. The friends that set them up had long gone and before they knew it, the restaurant was closing. Julia and Thomas left and went to Dram in Mountain Brook where they talked about their backgrounds, upbringing and family until it was really late. Julia was impressed that Thomas talked a lot about his family in Carrollton, Georgia and she could tell they were very close and an important part of his life. Their second date was a week later at Gianmarco’s Restaurant in Homewood. On the third date, Julia met Thomas™ family. She says it all felt easy, “just like home.” In a very short period, they both met the important people in each other’s lives. Within a few months of dating, they both knew they would get married one day. In May, when they were on a trip to Chicago, Thomas told Julia that he knew on that third date that he wanted to marry her. A few months later he asked her to become his bride.

Thomas proposed to Julia on September 30, 2011. It was a sweet and very elaborately planned proposal that began with a progressive dinner out at some of the restaurants they had been to on those first few dates. Julia says by the way the night progressed she began to get a bit suspicious that a proposal might be imminent but it never came. Around midnight, when they were on the way home, they stopped at their church, St. Mary’s on the Highlands, where they both had been confirmed together during the time they were dating. It was there that Thomas proposed; he™d had the ring in his pocket the entire evening. The couple called friends and family to share the news the next day and the wedding plans began.

Julia and Thomas both knew they wanted a sacred and spiritual wedding ceremony and their marriage at their church was the first priority. They also wanted to insure all of the important people in their lives could be there. So once the date was confirmed, the rest of the plans began to fall into place with Julia’s mother Margaret, owner of MCJ Company Interiors, handling most of the details including the reception dÃ©cor and lovely flower design and arrangements with Ray from Flowerbuds in Cahaba Heights.

Julia found the perfect Vera Wang gown at Ivory and White in Crestline Village. The bridesmaids chose their own favorite style Amsale bridesmaid gown in a champagne color.  Thomas and the men wore traditional black tuxedos.

Cakes were from Pastry Arts in Homewood.

Julia says it was a magical day. Some of her favorite things included wearing her mother’s garter and the Washington and Lee and UVA “toss” garter made for her by Thomas™ aunt. Julia’s cousin continued a family tradition by giving her a gold and diamond pin that was first worn in the early 1900’s by Julia’s namesake. In keeping with his family’s tradition, Thomas gave Julia his mother’s engagement ring, first worn by Thomas™ great-great grandmother in 1908, which she wore on her right hand. Thomas and Julia will then pass the ring down to their first son to marry.

Another favorite part of the reception was The Michel Jons Band from Atlanta; they even learned the Patti Griffin song ”˜Heavenly Day™ for the occasion.

Julia and Thomas are living in Atlanta and enjoying many of their wedding gifts from Bromberg’s.

Congratulations, Julia and Thomas! We wish you a lifetime of love and happiness together.