Jewelry fashionistas, save the date! Bromberg’s is hosting a trunk show featuring pieces by award winning California jewelry designer to the stars Erica Courtney on October 26th and 27th. This is your chance to meet Courtney in person and see pieces in various stages of progress while she details her design process, including how she mines for the precious stones. 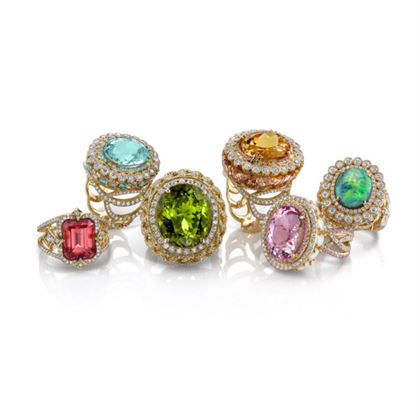 Courtney’s interest in jewelry design took root when she was merely 19 years old and for the past 20 years that she’s worked with rare world-class gemstones. About two decades ago, Courtney attended a large AGTA Gem show and saw a vendor with a Pakistani peridot and a Spessartite garnet featuring vivid red and orange flashes. Courtney was floored by them and immediately invested $10,000, a rather large amount for her at the time, but it paid off when she saw the delight of her customers. Since then, she has invested in exotic gemstones including Paraiba tourmaline and color-changing Csarite, as well as other favorite gems like rubies and sapphires. 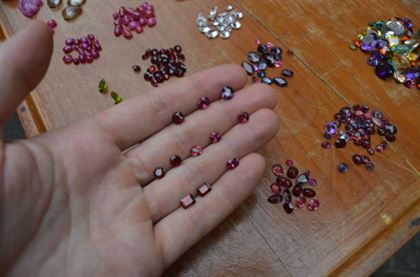 In 2008, Courtney started sourcing gems directly through mines. She recalled that it wasn™t as easy as she thought it would be because she had to stay balanced while trying to venture straight down in what she called a “death trap.” Courtney stated that the further down the mine shaft she got, the hotter it became, and she was shaking and out of breath at the bottom. She says she’s learned to stay in better shape and to eat a hearty breakfast before beginning. She now annually visits mines in locations such as Thailand, Sri Lanka, and Australia in her hunt for the most fabulous exotic gemstones. 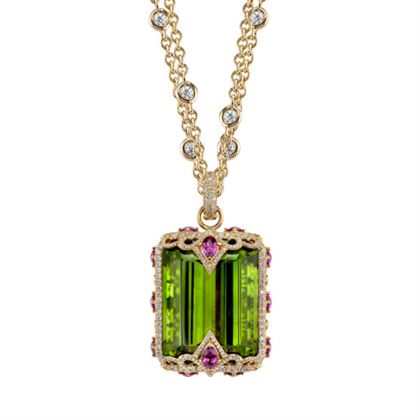 This trunk show will feature Courtney’s signature “Drop Dead Gorgeous” collection which includes pieces adorned with bright-colored gems, intricate detailing and whimsical designs that appeal to feminine sensibilities. Since the very beginning of her design career Courtney has designed stunning pieces meant to empower women with their strength and femininity.

Courtney’s Los Angeles showroom has become a go-to source for stylists and celebrities, including Jessica Alba, Sandra Bullock and Sofia Vergara and for red carpet events and television productions, such as the Academy Awards, the Golden Globes, America’s got talent, Scandal, Dancing with the Stars, Castle, and American Idol. Her timeless jewelry designs have also graced the pages of the most influential and elite fashion and lifestyle publications from The New York Times to Vogue. 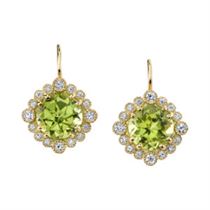 Courtney will be at Bromberg’s Mountain Brook location on Thursday, October 26, and at The Summit location on Friday, Oct. 27. She will be there during normal store hours, and admission is free. This is her first trunk show at Bromberg’s and we exciting to offer this exclusive opportunity to meet with this outstanding and dynamic designer to the stars. If you have any questions or need more information, please contact us at 205-871-3276. 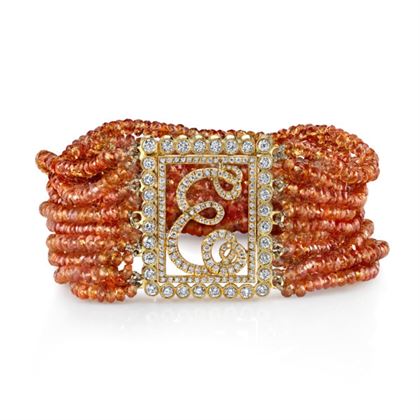 Windley Clasp E Bracelet – All letters of the alphabet are available upon request.