As the saying goes”¦ love will find a way. When there is a true connection between two people; time, distance, neither culture nor circumstance will prevent them from eventually finding their way to one another. On a cold and very early morning in 2010, Birmingham photographer and wedding industry veteran Arden Ward walked into William Upton’s show-jumping barn at Windwood Equestrian for a magazine photo shoot that would change her life. Not only did she capture a cover image that day, she captured William’s attention and ultimately, his heart. He began renovations to turn Windwood into a gorgeous European inspired wedding estate and when it was complete, he married Arden in the same spot where they first met. 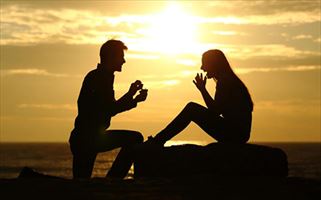 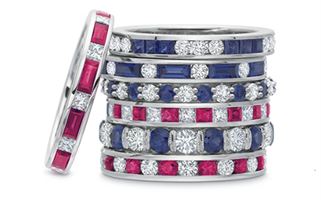 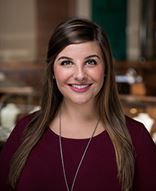 Arden, being the night owl she is, was truly irritated at the 5:00 AM call time for her Alabama Weddings magazine photo shoot that cold morning. She got up, brushed her teeth, pulled her hair back into a low ponytail, threw on some clothes and made the drive out to the venue. The shoot was taking place at a barn called Windwood Equestrian. Having acquired a love of horses from her grandmother, Arden was looking forward to incorporating the barn’s residents into the wedding scenes that day but even that did not make her very happy about the early morning schedule. When she knocked on the door, William answered. Thinking him rather adorable, she admonished herself for not taking time to put on a little makeup. The two now admit to being intrigued by each other. The two became friends; he was curious about her career in weddings and she found his career in show jumping and horses fascinating. Arden began riding lessons and occasionally turned to William for advice. Seeing that Windwood was perfectly suited to host weddings, William looked to Arden for industry insight. After more than three years of friendship, Arden called William one day to talk about riding lessons and he invited her to come over that afternoon to see renovations on the barn. That afternoon became their first date when William suggested a motorcycle ride around the countryside. That motorcycle ride turned into an evening, which turned into a weekend and the couple soon became inseparable. A few short months later, William planned an epic proposal in one of the most romantic places on earth.

Arden and William had instantly become immersed in each other’s lives and spent all of their time together. They both realized it was something serious very early on. The couple took several trips together; from weekend horse shows in the Hamptons and Palm Beach to photo shoots and football games in New York and their two worlds turned into one. They talked about marriage and both knew that it was simply a matter of a diamond ring and a proposal. William wanted Arden to come with him to an International Show Jumping event in France. He planned a romantic getaway for them including stops in Paris and the South of France. Arden suspected a proposal and began dropping hints”¦.but William promised her they were not getting engaged in Paris. With the excitement of the trip and all of the activities William had planned, Arden had completely forgotten about a proposal. William had not. He had the ring in his pocket as they strolled along the water’s edge in the South of France at Saint Jean-Cap Ferrat in the French Riviera one particularly beautiful, moonlight night. When the moment was right, William took out the ring and proposed. When they arrived in Paris, William had an engagement session set up at some of the world’s most famous sights. Even though they had not officially told anyone of their plans, friends and family noticed the ring on Arden’s finger when they posted photos from their trip to Facebook and Instagram. A swell of good wishes, congratulations and talk of a fantasy wedding started even before they returned home.

One would think that planning a wedding as a wedding professional would be easy. Well, that is true to some degree. You know what to do. Imagine if many of your friendships have evolved from working relationships that have spanned over a decade. How do you choose from your many friends and colleagues who to hire for your own wedding? That was the dilemma facing Arden and William. As it turned out, their schedules only permitted one Saturday to marry in the remaining days of 2013 so selecting a date was easy.  Since the date was only a few months away, many wedding vendor friends were already booked. Here’s the team Arden assembled to help her create her fairytale wedding to William, complete with miniature pony, magnificent photographic elements, two receptions and a helicopter flyaway!

The couple wanted to have the wedding at their own venue, but William was in the process of extensive additions and renovations.  The courtyard fountain and stone pavilion, evocative of a town square in France were added to bring a bit of Europe to the estate just in time for the wedding.

Arden turned to the wedding designer who was responsible for the photo shoot the day she first met William, Christopher Confero, to help coordinate the details. Arden’s friend, legendary Birmingham caterer Kathy Mezrano of Kathy G & Company created the menu for both the private, family reception immediately following the ceremony and also for the big celebration with more than 300 friends and family. Guests dined on a farm inspired menu featuring Steak & Cake: Steak with Kathy’s signature Crab Cakes plus Risotto, Local Greens and Tomato Salad and Individual Peach Cobbler for dessert. William’s favorite drink, Tennessee Lemonade was the signature cocktail.

Event Rentals Unlimited (ERU) was invaluable in helping the couple set the tone for the evening with the perfect tablesetting and chairs.

Another longtime friend, Melissa Hill of Weddings Etc in Homewood created the entire wedding stationery suite including invitation, thank you notes, and placecards and menus.

Sybil Sylvester of Wildflower Designs created the ceremony flowers. Carole Sullivan of Lagniappe designed the reception flowers using roses in every hue and shade of pink. A massive wall of roses and flowers was constructed for a photography element used as a background for many of the wedding images.

Arden’s team of photographers handled the task of capturing the wedding of a photographer who has photographed hundreds of weddings over the years. Arden has long been one of Birmingham’s favorite wedding photographers and her work is found within the pages of many local, regional and national publications and her work often graces the cover of Alabama Weddings magazine. Arden’s good friend and frequent collaborator Lance Holloway of Holloway Productions captured the moment with on video which Arden absolutely loves. “He really managed to get the emotion and sentiment ”“ which is not always that easy to accomplish,”

Having your own wedding venue complete with beautiful horses certainly comes in handy when planning a wedding. William included Windwood’s prized show jumpers in wedding photos including L™ami Noir, decked out in full wedding regalia, sporting a rose garland. Phoenix, the mini horse who rules the farm at Windwood was everyone’s favorite.

Since Arden is lucky enough to have several friends with wedding gown boutiques, she selected two gowns for her big day. For the ceremony, Arden wore a Lela Rose Couture gown from her next door neighbors at Ivory & White in Crestline Village. She changed into a Jenny Packham gown from the Carriage House for the reception. A strand of opera length pearls from Bromberg’s given to her by William as a wedding gift was her only accessory.

Arden’s attendants were the children of her best friends. Alaya, Brooklyn, Brody, Annabelle and Lily all wore custom designed outfits for the occasion.

If you know Arden, you know she loves cake and dessert so the wedding cakes were of particular importance to her. Gia’s Cakes of Crestline Village designed her wedding cake with sugar paste roses and flowers that looked authentic and perfectly mirrored the wedding flowers. William’s chocolate groom’s cake from Diane Olexa featured elegant chocolate show jumpers etched into the cake’s icing.

The courtyard was draped with tiny white Italian lights and looked like a scene from a movie, especially when the world’s #1 Michael Jackson impersonator took the stage. Arden hired him to surprise William and their guests since the King of Pop was one of their favorite performers. “Michael” had everyone dancing the Moonwalk to his classic hits. This was just one of many surprises the night held. William’s uncle David surprised the couple when a helicopter landed in the middle of the farm as the reception came to an end and they were whisked away on a private midnight tour of Magic City landmarks.

After a wedding trip to Maya Koba in Playa del Carmen, Mexico, the couple is at home in Birmingham and enjoying life together. They love their Match accessories they received from their gift registry at Bromberg’s.

Congratulations Arden and William! The entire Bromberg’s staff and this writer wish you a lifetime of love and happiness tog