Â “It was a million tiny little things that, when you added them all up, they meant we were supposed to be together”¦ and I knew it.” ”“ Tom Hanks, Sleepless In Seattle

Amy Floyd and Brooks Corr became friends instantly when they met. Amy thought so much of Brooks, she tried to set him up with a number of her friends. (Five, in fact.) As fate would have it, none of those matches worked out. The two spent more and more time together and it became apparent to all of their friends that Amy and Brooks would make a great couple. It only took them three years to figure out what everyone else already knew”¦ they were supposed to be together. 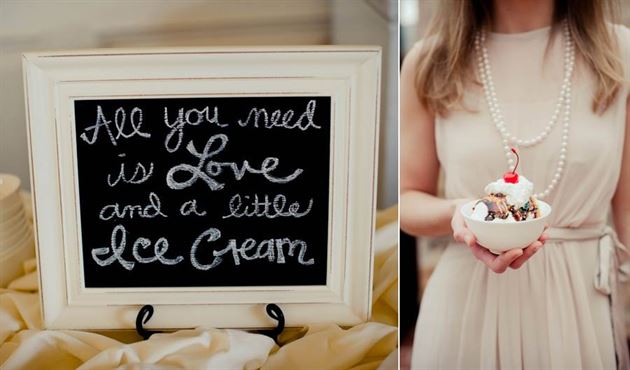 Amy and Brooks Get Married!

Amy and Brooks met the week she moved home to Birmingham after two years in China. They had mutual friends and soon began going to events and occasions together and quickly became best friends. Here’s how Brooks™ brother wrote about it on their wedding website, AmyandBrooks.com:

While Amy came into the world in the same city only fourteen months after Brooks, their paths wouldn™t cross until a Friday night in 2010 at Billy’s in English Village as mutual friends met to listen to a friend’s band. Literally hours off of a plane from her two-year stint in China, Amy’s culture shock was unapparent as she made her first impression with Brooks.

Fast forward almost three years after running in the same circle of friends, many weekend trips to the lake and beach, a number of weddings celebrated together, Amy’s completely unsuccessful attempt to set Brooks up with five of her single friends (yes, you read that correctly), and next thing you know the two had become close, if not best friends.

Once Brooks finally decided in late March of 2013 that being friends wasn™t quite good enough, the two quickly began dating and became inseparable.

Amy describes their first date as a “surprise” date. Brooks asked her to go ice skating and when Amy agreed to go, she had no idea it was an actual “date” until he told her it was. The pair talked about it and from that moment, everything was different between them.

Six months after their first official ice skating date and three years after they first met, Brooks orchestrated a sweet and sentimental proposal that Amy never saw coming, even though the couple had discussed marriage and had already looked at rings. In fact, Amy selected three rings for Brooks to see but when he arrived at that store, the clerk showed him the wrong rings. Brooks then went to Bromberg’s Mountain Brook where he secretly worked with Shannon and designed the perfect ring for Amy himself.

Once the ring was ready, Brooks told Amy they should go out for dinner to a restaurant in downtown Birmingham since they had a gift certificate to use. As they were on the way, he told her he had forgotten the gift certificate at home and needed to stop to pick it up. He told Amy he couldn™t find it, would she please come in and help look. Brooks had been very busy that day. When Amy walked in, there were dozens of roses, candles, and photos of the two of them all over. Brooks talked about all of the photographs marking important occasions throughout their relationship. He talked about the three years of getting to know Amy as a friend first and what that meant to him. After Brooks popped the question, both sets of parents came over. The couple celebrated over take out from Zoe’s Kitchen, one of Amy’s favorites. They never made it to the restaurant downtown.

Amy says she had never given any thought to what kind of wedding she wanted. Nonetheless, she managed to pull off all of the planning herself in less than six months and she went to China twice during that time period! Superwoman!

Both Amy and Brooks are very involved in their churches so selecting the church was easy but deciding which of their churches was difficult. The couple finally decided on Brooks™ church, Covenant Presbyterian in Homewood, Alabama.

Next came the gown. After looking at several places, Amy says she had a “that’s my gown” moment the moment she first saw her dress at Heidi Elnora‘s studio. Once she actually tried it on, it was a done deal. Three weeks before the wedding, however, they completely changed the gown. Amy loved the new version even more saying that the back of the gown was one of her favorite details of the whole wedding. A good friend of Amy’s made a headpiece for her to wear during the reception; another favorite detail.

For the cakes, Amy relied on an old favorite. She had once lived by Magic Muffins Bakery and was a regular customer. She discovered they made wedding cakes so that decision was an easy one. Amy’s cake was traditional vanilla buttercream. Brooks™ cake was chocolate and shaped like a golf bag. A basket of chocolate “golf balls” made it look really authentic and was Brooks™ favorite detail of the wedding.

Amy was thrilled when she discovered that her 91 year old grandmother would be able to attend the wedding; she was even able to get out on the dance floor! Amy’s ”˜something borrowed™ was her grandmother’s ring, which she had always admired.

Tuxedoes for Brooks and the men were from Mr. Burch in Mountain Brook Village. The women found their gowns at Bridesmaids, Inc. in Homewood. Rounding out the wedding party was the flower girl, a five year old little girl Amy used to babysit and her Maid of Honor, who Amy says is like a younger sister to her.

After a honeymoon trip to Hermitage Bay in Antigua, the couple is at home in Birmingham and enjoying married life along with the many beautiful gifts they received from their Bromberg’s gift registry.

Congratulations Amy and Brooks! Our Bromberg’s family and staff wishes you a lifetime of love and happiness together.